I am your best provider of auctioneer/emcee services!  When you’re selecting talent for your event, whether it is a benefit auction, gathering of celebrities, or motor sports competition, there are some essential skills that need to be considered.

These are just a few examples of my capabilities. The balance of this website provides you with additional insights regarding why I am the best choice for your next event!

With over 30 years’ experience, Mike Kinney is a highly sought after provider of services in the auctioneering, motorsports, emcee, and lifestyle event realms. With his unique bass-baritone voice, commanding room presence, and long flowing mane of snow white hair, Mike always conveys a memorial impression. From humble beginnings serving as an announcer for “local” race tracks in Southern Iowa, Mike’s career has expanded to becoming the face, and the voice, for numerous events on the Las Vegas Strip and beyond.

Collectively, Mike Kinney has developed a very well-deserved reputation of being truly one of kind and has a unique skill set that is second to none which in turn has generated over $2 million in revenue for various charitable organizations throughout the United States. 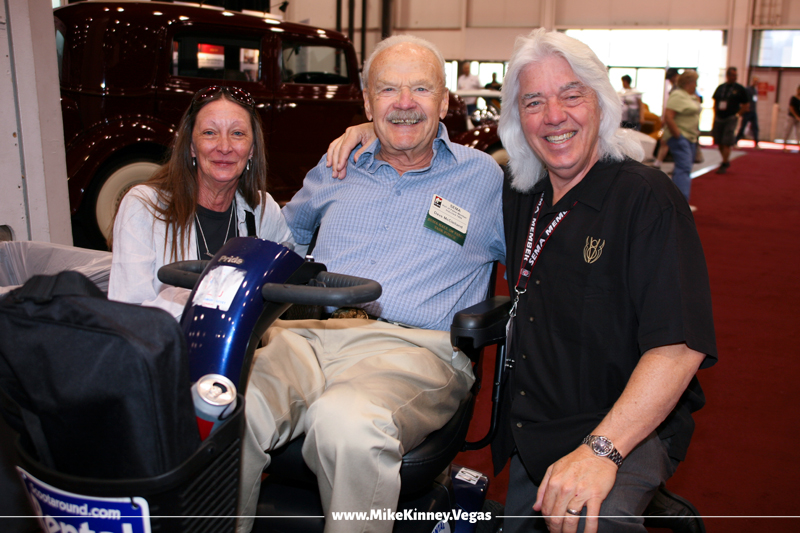 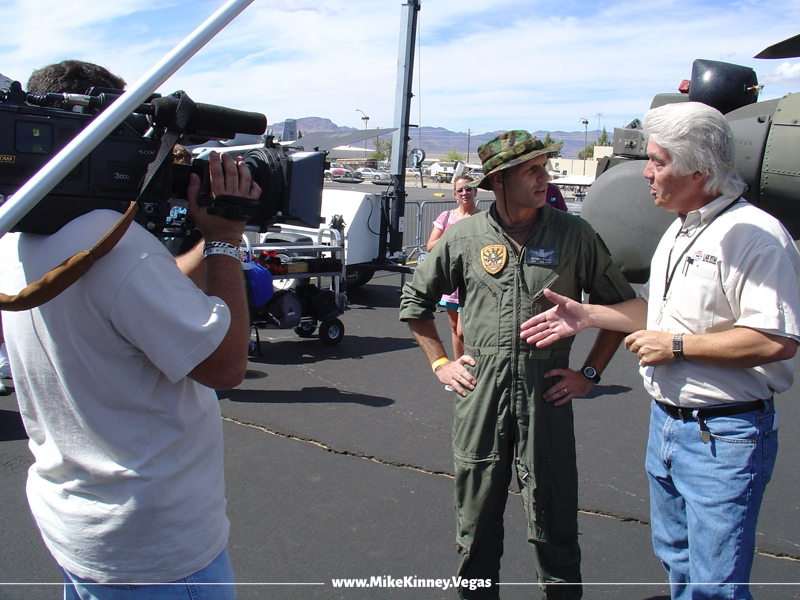 Did you realize that, while there are numerous auctioneers, less than 1% of them have chosen to undergo the rigorous process required to receive NAA designation as a Benefit Auctioneer Specialist (BAS)?   Mike Kinney is committed to bring exceptional experience and professionalism to your fundraiser/benefit auction.  Chances are that you have experienced your event not meeting expectations or even seen some sponsors no longer wanting to support you.  Mike Kinney brings an energy and interactivity to the audience that always seems to generate greater revenue and produce the most positive memories.

A NAA designated Benefit Auctioneer Specialist (BAS) has successfully completed multiple charity events and has a motivational passion for the work we do. In some instances, Board Members  make the mistake of trying to find the cheapest auctioneer, or even worse, someone who just “wants to try it”, rather than selecting the best professional auctioneer who can potentially make them generate the maximum amount of revenue and not “leave money on the floor.”

Mike Kinney consistently brings the right tools, and expertise, to help you meet your fundraising goals.

Mike Kinney has had the pleasure to serve as Emcee and Auctioneer for numerous fundraisers benefiting The Lili Claire Foundation.  In addition to tradition duties on stage, also worked with celebrities as well as members of the media.  Recent venues have included an incredible ballroom at the Palazzo Resort Hotel Casino in Las Vegas, NV, where he had the pleasure to work with Sheri Belafonte, Caroline Rhea,  Bob Saget, Jason Alexander, and many other noteworthy celebrities.  In addition to a vast array of collective memorabilia for the silent auction, Mike auctioned off walk-on roles for nationally broadcast sitcoms and many other highly desirable items.  At the end of the evening, this gala event generated revenues in excess of $150K for this incredible charity.

Mike Kinney has served in numerous capacities for this local chapter of Speedway Children’s Charities, most recently as lead Ringman for the annual NASCAR Driver’s Auction.  Duties included working with volunteer bid spotters as well as holding a one on one meeting with the auctioneer, who had not participated in such an event previously.  During event evolution, ensured bidders appreciated the importance of their bids, along with entertaining the audience in general.  This energized venue generated in excess of $80K for numerous charities throughout the Las Vegas Valley.

During his divewrse career, Mike served as principal announcer for the majority of drag racing events held at “The Strip”, recognized as one of the premier NHRA sanctioned facilities in the United States. Provided media support and technical commentary for NASCAR races at the LVMS Super Speedway. Also assisted with announcing NHRA National events, including SummitRacing.com, AC Delco, and Top Alcohol competitions. Provided on camera support for media productions as well as serving as lead announcer for numerous track rentals, including Mopars at the Strip, B&M Racing Series, Goodguys, Lucas Oil Series, and American Harley Davidson Racing Association.
.

Host, lead announcer, and auctioneer for Desert Storm, a performance boating event held at Lake Havasu as well as a series of venues located throughout Lake Havasu City, AZ.  This event is billed as the most prestigious of its kind in the Southwestern United States, and included performance boats up to 50’ in length from across the US and Canada.  Duties included serving as Master of Ceremonies for all event segments, providing technical/color commentary for the event shootout (high speed) competition; and assisting with awards ceremony.  Also served as auctioneer for two auctions benefiting New Horizons, a local non-profit organization that provides services for individuals with developmental challenges, including Autism, Epilepsy, and Cerebral Palsy.

Associate producer for Spotlight Vegas, a weekly television series formatted for the Las Vegas, NV, market.  Responsible for development of segment approaches, generation of scripts, conducting interviews, and selection of actual show material.  Also served as co-host for the overall series, including providing introductions and segues.

The majority of Mike Kinney’s gigs come from enthusiastic referrals from great people like:

Thank you in advance for considering Mike Kinney for your next charity fundraiser, auction, celebrity gala or motorsports event.  To expedite our reply, please tell us a little bit about your event and the best time to call you back.